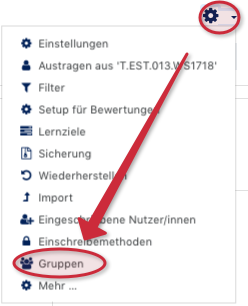 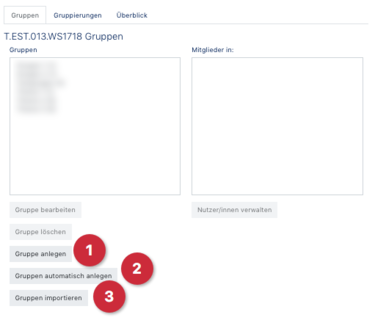 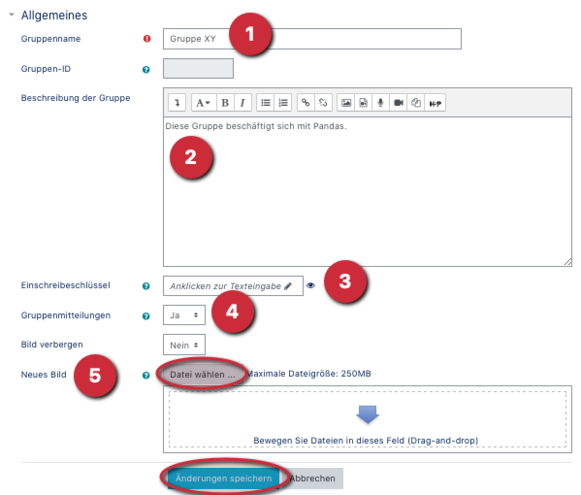 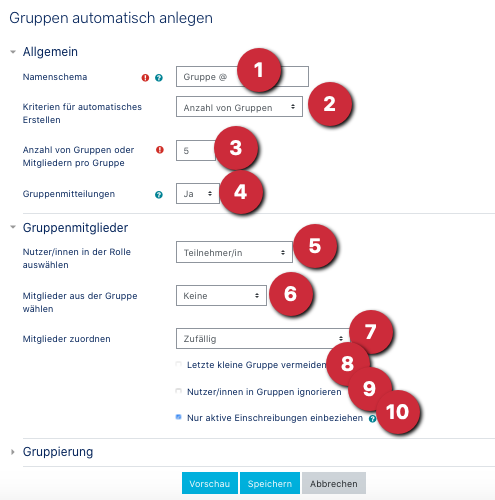 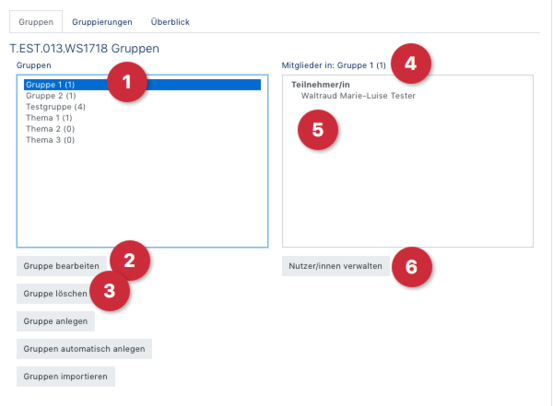 In the groups of the course, which can be found in the right side menu under Settings (gear symbol) > Groups you can see which groups already exist in your course.

With a click on Delete group (3), the selected group (1) can be deleted. On the right side you can see that the group currently has a member (4). The members of the group are listed by name in the Field (5) below. 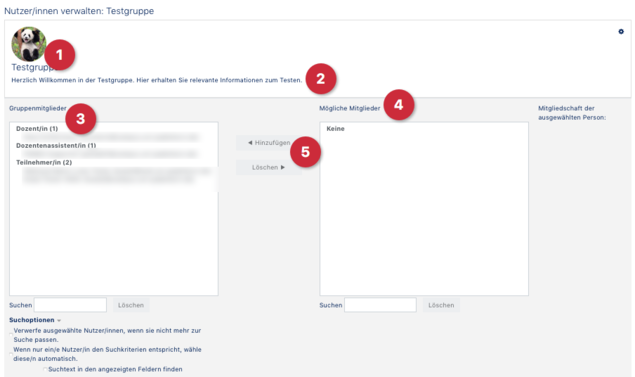